This article by Biraj Adhikari, Ecosystem Services Research Fellow at ICIMOD, was first published in the Nepali Times. An edited and abridged version will be reissued on Global Voices under a content sharing agreement.

When I arrived in February, Bahundangi Jhapa in Nepal’s Jhapa district seemed like a sleepy little town, but the silence was often interrupted, not by traffic or noisy construction, but by wild elephants. The village is on the migration route for generations of wild elephants, moving for centuries from the northeastern Indian state of Assam through the lowlands of Bhutan and the Indian state of India, from West Bengal to Nepal, in search of food and water. 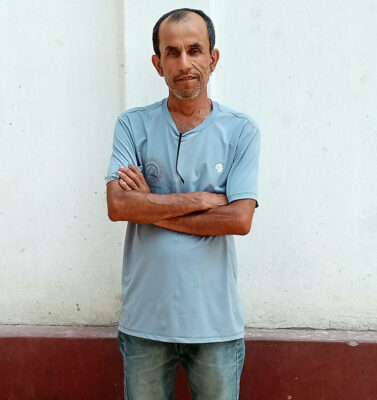 But the recent expansion of human settlements and the conversion of forests into farmland and tea plantations have fragmented these routes, causing conflict between elephants and humans. Every year, this conflict destroys crops and homes, injures and kills people, and therefore elephants are shot in retaliation. Bahundangi has been particularly hurt by this conflict, but things are changing over time, thanks to a handful of conservationists – including Shankar Chettri Luitel.

He is a thin man in his fifties, with a dark demeanor but a helpful mood. He has volunteered for more than two decades in human-elephant conflict research and management. Luitel had a wealth of information about the area and the history of human-wild contact, but I could not understand the reason for his passion for elephant conservation.

“My first emotional involvement with elephants came when an elephant gave birth on my farm in 2001. That was the start of my conservation journey,” Luitel explained. 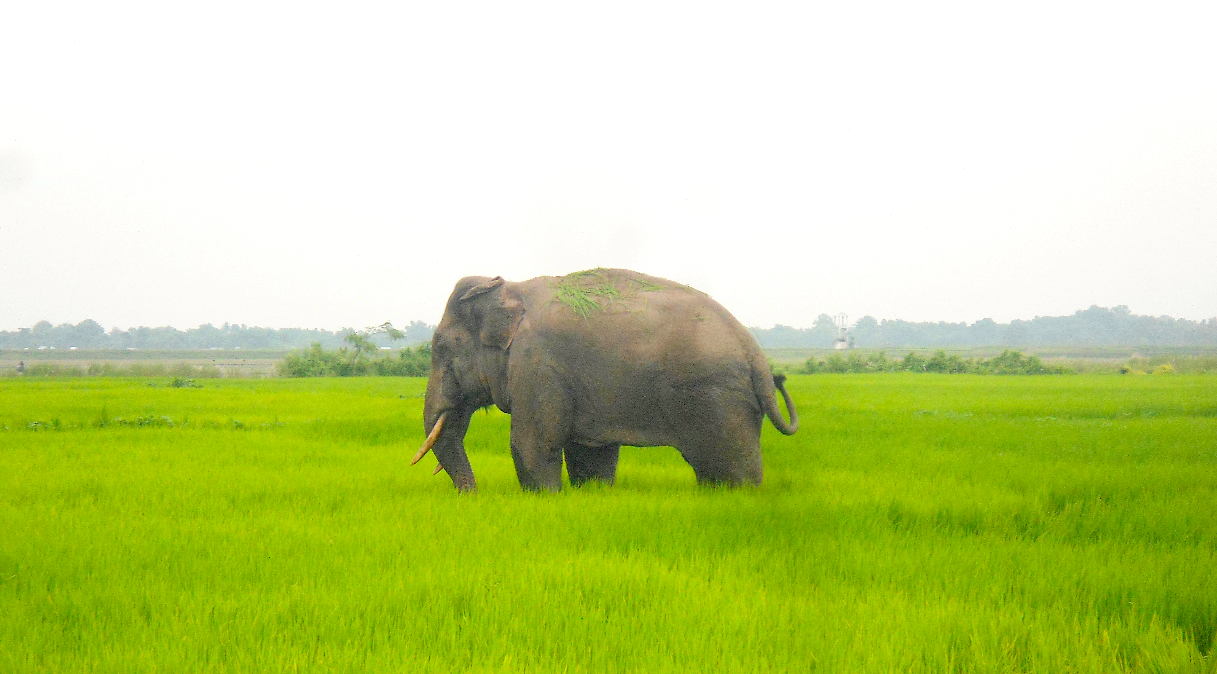 Human well-being depends on biodiversity. However, activities aimed at improving our lives have a negative impact on nature and ecosystems and threaten the future of biodiversity and our existence. It is therefore crucial for us to find ways to establish coexistence between humans and wildlife. 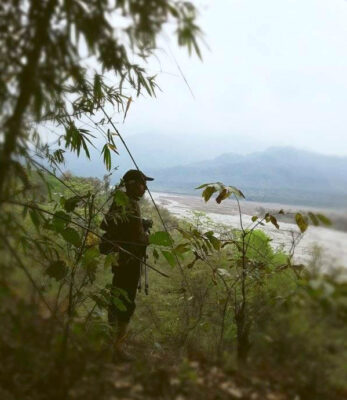 Photo used with permission from ICIMOD via Nepali Times.

This year, the International Day for Biodiversity (May 20) celebrates the idea of ​​coexistence with the theme “Building a common future for all forms of life. It may sound romantic and crazy, but I became aware of its possibility thanks to this unsung hero: Shankar Chettri Luitel.

It was as part of my doctoral research on human-wildlife interactions that I traveled to Bahundangi, a small town located in the easternmost plains of Nepal, on the border with India, in the Kangchenjunga cross-border landscape that spans parts of Bhutan, India and Nepal.

Despite his low level or lack of formal wildlife training, Luitel’s voluntary involvement in numerous studies, activities, and conflict management plans in the region taught him much about biodiversity and conservation. Over time, he has become the resource person for researchers who want to learn more about migrating elephants, their habitats, their behavior and the socioeconomic consequences of contact between humans and wild elephants. His critical perspective has improved planning and management, and this involvement has also enabled him to adopt appropriate scientific methods, such as the use of GPS tracking to monitor migration patterns. He had become a true citizen researcher.

Luitel has now earned the title of Elephant Expert, bringing the community’s attention to the whereabouts and movements of wild elephants. Contrary to my expectations, people seemed to tolerate wild elephants.

“That was not always the case,” Luitel recalls. “People used to hate elephants, and those like us who tried to protect them.” 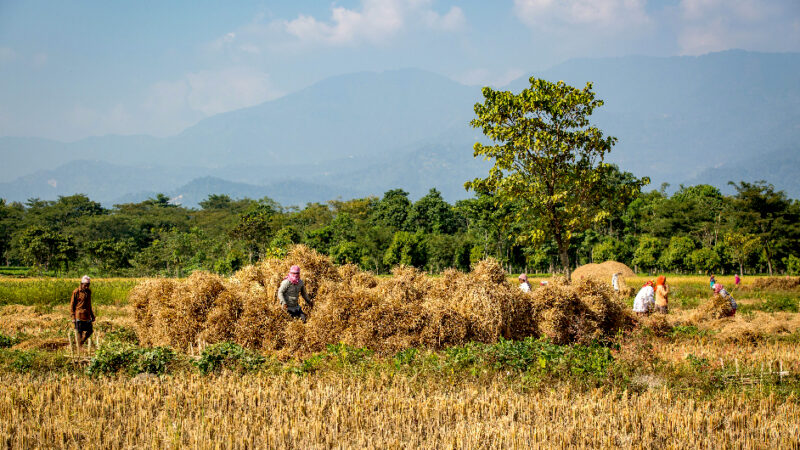 His advocate for peaceful measures to deal with wild elephants was met with fierce resistance and even physical threats. Elephants plundering crops, destroying livelihoods and even wounding and killing people were the sworn enemies of the people of Bahundangi.

But over time, Luitel’s relentless efforts began to change people’s perceptions. He tracked their movements, organized patrols and recorded property damage in the village. Most importantly, Luitel helped affected families navigate the complex claims process, from writing claims on their behalf, to gathering documentation, to traveling to the municipal office to store requests.

Here is a video of Shankar Chettri Luitel on YouTube:

It is thanks to him and a few of his colleagues that the village has appeared on the radar of governments, politicians and researchers. “Bahundangi has produced many doctorates,” says Luitel, who has helped researchers develop strategies to reduce risk and diversify farmers’ incomes by planting cash crops such as bay leaves and tea that elephants have not been robbed of. “Today, the hostility of the locals towards us and the elephants has diminished. »

An 18 km electric fence runs along the Mechi River, between the Indian forests where the elephants come from and the croplands of Bahundangi. Luitel participated in the installation of this fence, intended to prevent the intrusion of elephants.

But he acknowledges that this solution is uncertain. In the end, he says, the only solution is coexistence. To this end, he believes the government should recognize the struggle of the people of Bahundangi, ensure the provision of subsidized health care and education and also create jobs. 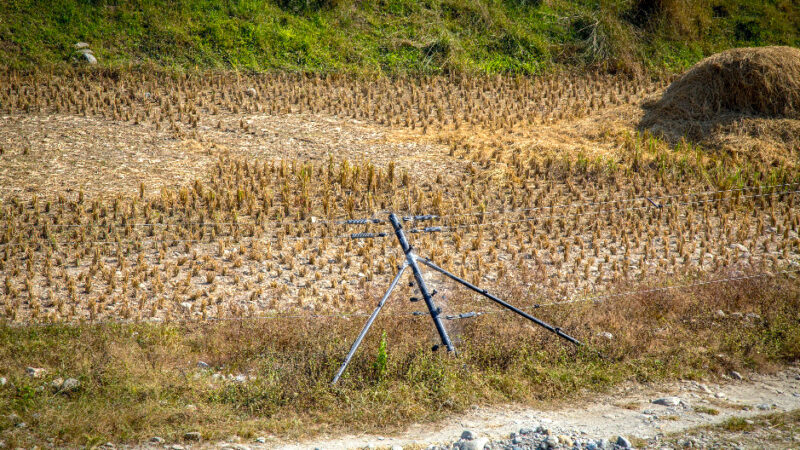 By doing so, the locals would no longer see the wild elephant as a hindrance to their livelihood, but as a lever to get public services. This would make it easier for them to forgive him, even though he sometimes causes problems. In addition, the elephants could fit into the region’s ecotourism, which would effectively make their presence and movements an opportunity for income generation.

Today, Luitel is the only person from Mechi municipality who can identify the 12 elephants that live on the Nepalese side of the border. Based on his knowledge, he develops detailed and illustrated information sheets on each elephant’s physical characteristics, habits and size, which are to be distributed to the local population. 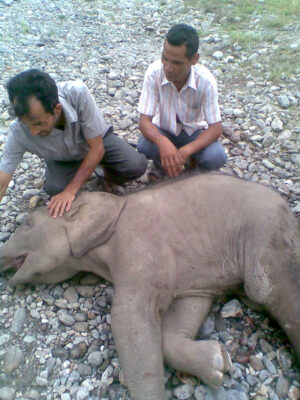 The brochures help villagers identify certain aggressive elephants, avoid them and warn other residents in a timely manner. This information will also help future researchers and students learn more about elephants. Luitel’s son is studying for a bachelor’s degree in forestry and hopes that his education will help to improve the coexistence between humans and elephants.

Passion is easy to understand by Shankar Chhetri Luitel to learn to live with wild elephants – he believes that all life on Earth is equal. It embodies the theme of this year’s International Day for Biodiversity, proving that one person can make a positive difference in the lives of humans and wildlife.

There is a universal lesson here about the possible contribution of each of us to solving the enormous crisis (!) With biodiversity and habitat loss. We can coexist, and we must.