Take the dog’s point of view. This is what Professor Marc Bekoff suggests to dog owners to make walking more comfortable. The latter are moments that first belong to the animal, the specialist emphasizes.

Dogs can not do without their daily walks, even twice a day or maybe even more for some. They need it in several ways; go to the “toilets”, of course, but also and above all to let off the steam, get active, play, meet people and stimulate their senses.

Many masters forget this or are too busy. The excursions are shortened, sometimes limited to walking around the block and to simple pee breaks, generating many frustrations for the animal. These walks need to be refocused on the dog, memories Marc Bekoff in an article published in Psychology today May 29, 2022

Recently, he had a deep thought about the different ways owners walk their dogs. He told himself that maybe it was time to consider these excursions differently, to refocus them on the dog, precisely, and to take his point of view during these walks. 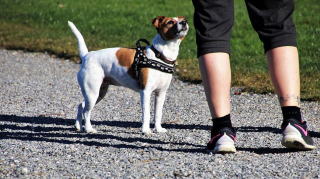 Stand on the other side of the string

If the teacher Bekoff is among other things inspired by the work with Jessica Pierce, which recommends giving more leeway to dogs in various aspects of his life, a poster posted online and filled with humor caught his attention. This lists 7 principles to be applied during walks and for which the roles have been swapped. The master is at the other end of the string:

Allow your human to attach to you on a leash. This prevents him from asking questions or running away.
2. Your human will probably need breaks. Be considerate, stop often and sniff.
3. Bark often. Humans have only a short attention span.
4. When relieving yourself, walk away. If you have trained your man properly, he will take hold. It will give him exercise.
5. Pull your man occasionally as fast as you can. This is called interval training.
6. Do not let your man shorten the walk. He is lazy. Sit down to protest if you have to.
7. When you are home again, let your man remove his leash, and then lick his face several times. It is a form of positive reinforcement for a job well done. 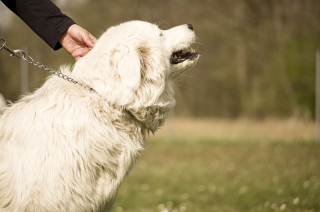 Once again, these “rules” must be taken literally, but they have merit, according to Marc Bekoffto put the dog’s needs, feelings and well-being first.

The professor also conducted a small study where he observed and studied the attitude of 100 people while walking their dogs in the streets of Boulder (Colorado). He found that 78 of them had total control over their animals, pulled on the leash or reoriented its muzzle and told them to stop doing this or that. They did not let him sniff or search for the origin of a sound that piqued his interest.

10 handlers were more passive and let their dog do what it wanted from time to time. And the other 12 gave much more freedom to their 4-legged friend, giving him the opportunity and time to smell the grass, sit down and explore his environment.

“Let them show the way”

Marc Bekoff was able to talk to 20 of these people and introduced them to the 7 principles mentioned above, which encouraged them to imagine themselves at the other end of the line. Everyone told him it made them think a little more about how to walk their dog in the future and about his well-being.

Also read: He meets a seriously injured dog whose “soul is broken” and decides to never part with it

For the teacher, it is essential to keep in mind that walks and play are made for the dog. These are HIS moments, he insists. The role of the master is to make sure that these excursions are really fun, rewarding and exciting for the animal.

” Let them show you the way, choose where to go (put safety first) and how fast they want to go (no faster than you can walk or run comfortably) », Advises Marc Bekoff. This also makes it possible to better understand and study the animal’s gait and thus detect any changes that may draw attention to the presence of muscle and bone disorders or neurological disorders. It is also about “knows more about his dog as an individual […]about what he wants and needs when he needs to have fun “, he adds.