To reduce the impact of heat waves in the city, or on the contrary the effect of intense rainfall, but also to restore bubbles of biodiversity, cities become green. This desire for greener, for the “renaturation” of urban space seems to be shared by a majority of the inhabitants, but it is not so easy to go from desire to reality. List of the biggest difficulties encountered with Anne Bablon, an environmental engineer who has supported businesses and communities for 35 years, Pierre Nenez, deputy for the greener city in Poitiers and Pierre Ouallet, project manager for development and environment at Cerema Sud-Ouest .

The budget, an obvious obstacle

When the city of Poitiers, 89,000 inhabitants, cut the concrete on its large Place Leclerc, opposite the town hall, to plant nine field horns and hackberries from Provence, it caused an uproar. The reason ? The bill for the operation exceeded 150,000 euros, mainly because archaeological excavations were necessary. “It is difficult to imagine that it can be expensive to plant trees when we can see that it is essential,” sums up deputy Pierre Nenez. Renaturation of a schoolyard, with the complete layout, costs 400,000 euros. But when we do public developments, if we think about plants from the start, it will cost less. »

The first obstacle to community renaturation is therefore the “budget”, confirms Pierre Ouallet. On the one hand because in the city land is very expensive. On the other hand because “often a slightly green solution is a little cheaper on investment but more expensive on maintenance”. When we see how communities track operating costs, we can worry about renaturation …

Especially since it is not always a priority, as Anne Bablon explains: “It is a fantastic subject, but when schools are thermal sights, when they lack sanitary facilities, priority is there, we understand …”

Heatwave: the government announces 500 million euros for “renaturation” of cities

2. When vegetation and cleanliness collide

Planting fruit trees means exposing yourself to visits from rats and other small greedy beasts. Less mowing, pastures on the sidewalks means radically changing the image of the public space. “I do not have the feeling that there is a consensus on the subject,” says Pierre Nenez. In the perception of a section of the population, there is the idea that it is work that is not being done. Sometimes the rejection of these practices is loud and clear: “I received a letter from a person whose son had scratched his knee because he had not seen a bench because of the tall grass. This subject may range.”Illustrative photo

In her Norman garden, Anne Bablon lets tall grasses grow. She estimates that it took her neighbors three years to stop believing that her garden was abandoned. And one night “someone came to move all the plants that had been sown in front of my house on part of the renovated sidewalk”, says the ecologist. ‘I think the psychological brake is the most important. »

Sometimes the issue of safety comes to seize the machine. “We established late mowing in Poitiers, but for safety’s sake, due to the heat wave, we had to mow the grass to avoid fires,” Pierre Nenez emphasizes.

Lack of skills, a major obstacle

Cerema, public study and expertise office, makes the link between the directives of the Ministry of Ecological Transformation and the area. “We propose a strategy and a method to make the best possible use of the allocated budget. This expertise, Pierre Ouallet assures him, is “not reserved for big cities”. In addition, Cerema will soon publish a guide to meet the communities whose needs in this area have exploded.

4. Lack of free space, a difficulty that can be overcome

Plant trees in the city, why not, but where? “We can plant trees where there are no old walls, no cellars, no underground networks … It does not leave much space left,” emphasizes Anne Bablon. We therefore need small trees that do not need much space for their roots, such as honeysuckle or wisteria … ”The city of Poitiers wants to lay out the greenery of the streets vertically to circumvent this obstacle. “We had 200 applications for green permits the first year. If the networks allow it, we open 20 cm wide along the sidewalk, and we provide perennials, climbers, ”explains Pierre Nenez. Poitevin’s elected officials will be inspired by the village garden of Chedigny in Touraine, a little wonder where more than a thousand rose bushes climb along the walls. “Technically, there are solutions,” insists the elected official.

Where can you find the six remarkable trees in the town of Brive?

5. The fall of false good ideas

The maturity of beehives in the city, for example, is rapidly finding its limits. “The select ones are full of goodwill. Some want to put hives everywhere, but bees compete with other pollinators,” emphasizes Anne Bablon. Biodiversity is just variation. “

Still in this spirit of simple solutions to put in place, potted plants are not unanimous. “It’s not nature, it’s furniture,” assures Pierre Ouallet. It all depends on the goal. Inefficient in terms of biodiversity, potted plantations improve the landscape and the living environment. “It’s refreshing, it’s good to the eye, it smells good, you can hear the birds chirping,” says Anne Bablon.

6. The challenge with speed

Renatur all schoolyards in an average city in one mandate? Impossible. “In Poitiers, we are going to spend a lot of money on restoring two courtyards. In the others, we will make partial adjustments, so as not to create too much frustration. So you have to plan, choose and look far ahead. “We are working a lot on river projects with a very long schedule. We also need more concrete projects that we can see become a reality. Pierre Nenez is thinking of the hundreds or so of fast nesting boxes that have recently been installed under an airlift and taken at a school complex in collaboration with LPO. “This project is truly a success. » 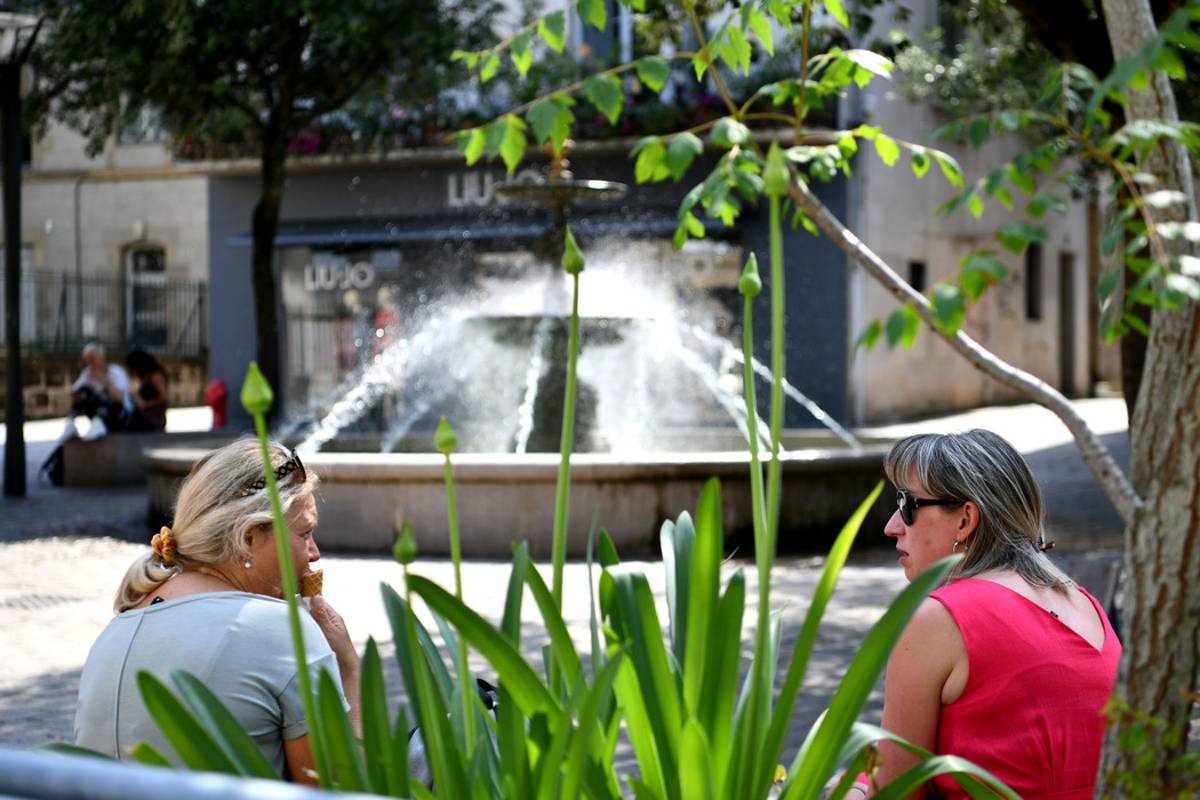 7. The biggest difficulty in sharing space

Bringing nature and biodiversity into the city also means accepting that certain areas are no longer accessible to humans. “The most difficult thing, Judge Pierre Nenez, is the size of the spaces we leave to nature. For biodiversity, large areas are needed.” Sometimes it falls just right, like the hundreds of trees planted in Poitiers. , on a large median located near a junction and inaccessible to pedestrians. But it is often necessary to make some pedagogy: “The species come where they will not be disturbed, we need areas of calm,” Anne Bablon insists. The city of Rouen has thus developed natural meadows, where it only beats paths where one walks. »

Does the renaturation of Corrèze affect the ornithological species found in Tulle?

“For the green areas I have worked with, a garden must be clean,” sums up Anne Bablon. They will be dissatisfied with leaving weeds. It is therefore necessary to train and sensitize the teams. “In Poitiers, road services and green spaces are now united within public space,” to force them to work together, sums up Pierre Nenez. It’s hard to get everyone involved. This philosophy must infuse. »

But public services are not the only ones who will have to change their practices. Building renovations, for example, prevent carpenter bees from nesting. “Architects and renovation companies should be made aware,” suggests Anne Bablon.