Can we still keep quiet and close our eyes when thousands of animals, mainly calves and lambs, arrive in Israel, after being exposed to the worst physical and mental ailments, during sea transport for whole days, between 6 and 10 days from Europe and even three weeks from Australia?

These animals are often deprived of water, under scorching heat, suffering from human violence, and they suffocate, cry and scream for help! In vain. Many are those who die along the way and are thrown overboard on the high seas. That is why, when I listened to the voice of my conscience, it seemed fair and necessary to associate with myself and engage actively with my friends from it. Israeli Association “Israel Against Live Shipments” in collaboration with “Freedom For Animals” in their information campaign regarding these maritime transports – HaMishlohim HaHayim – of unspeakable cruelty and throwing moral discredit on Israel, proud to define itself as a “startup nation”.

Many personalities on the political spectrum on the right and left have spoken out against these transports, which one might have thought of from another age without actually having changed reality in fact. Even the Minister of Agriculture Oded Forer (Israel Beiteinou Party) declared himself against these animal transports, which aroused a natural feeling of revolt.

But after promising to take into account the wishes of animal welfare associations, he finally changed his mind by waiving the tax on the export of live animals with the intention of increasing their numbers. What are the words and responsibilities of our politicians worth?

This non-violent information campaign carried out in the Ashkelon marina during rush hour was a great success with dozens of Israelis of all origins and of all ages who hurried to come and meet us to enter into dialogue.

During our informal discussions with the general public, despite sometimes our disagreements about the benefits of eating meat, everyone was unanimous in acknowledging very broadly the useless abuse that these calves and lambs are subjected to during these sham transports, and agrees , how urgent it is to stop them. The goodwill of Israelis for the most part goes far beyond the narrow interests of the political world.

All these face-to-face dialogues with the utmost respect for everyone’s opinion also confirm the survey commissioned in 2018 by the animal protection associations “Anonymous” and “Tenou laHayot Li’hiot (” Let the Animals Live “) that 86% of the Israeli population opposes this cruelty burdened garden exports that dishonor Israel’s name.

The vast majority of Israelis, even consumers of meat, are sensitive to animal suffering, in contrast to the various Israeli governments, which for economic reasons – including to lower the price of meat – violate the 1994 law on no animal suffering!

The year 2021 is considered to be the year with the largest growth measured in imports, 850,000 calves and lambs destined for ritual slaughter. Unfortunately, it is more than likely that the year 2022 will significantly exceed 2021. In almost half a year, we have already registered the astronomical number of more than 500,000 animals, ie the equivalent registered for the whole of 2017. The measure taken by Oded Forer is all the more unacceptable and outrageous, because if it does not put an end to it, these sham transports, in fact, encourage the consumption of meat and the catastrophic social and ecological consequences that come with it. Israel is one of the western countries where meat consumption is strongest and continues to grow.

Israel must immediately stop all imports of livestock into its territory. It’s possible! Let us remember the example of the 2006 law banning the “production” of foie gras in Israel because of the ultimate suffering inflicted on farmed geese. It is about Israel’s international fame, which should be an example to the world, especially since the people would in no way oppose its veto. Moral and Jewish sources see in these transports from a bygone era an insult to human intelligence, afterwards, the animal unfit – not to hide – for consumption.

Let us hope that one day all this shameful transport will only belong to a past nightmare for animal and human well-being.

Here I would like to thank the entire team of “Israel Against Live Shipments” for their commitment and more specifically my friend Yoni Lik, who never stops defending the animal cause throughout Israel. 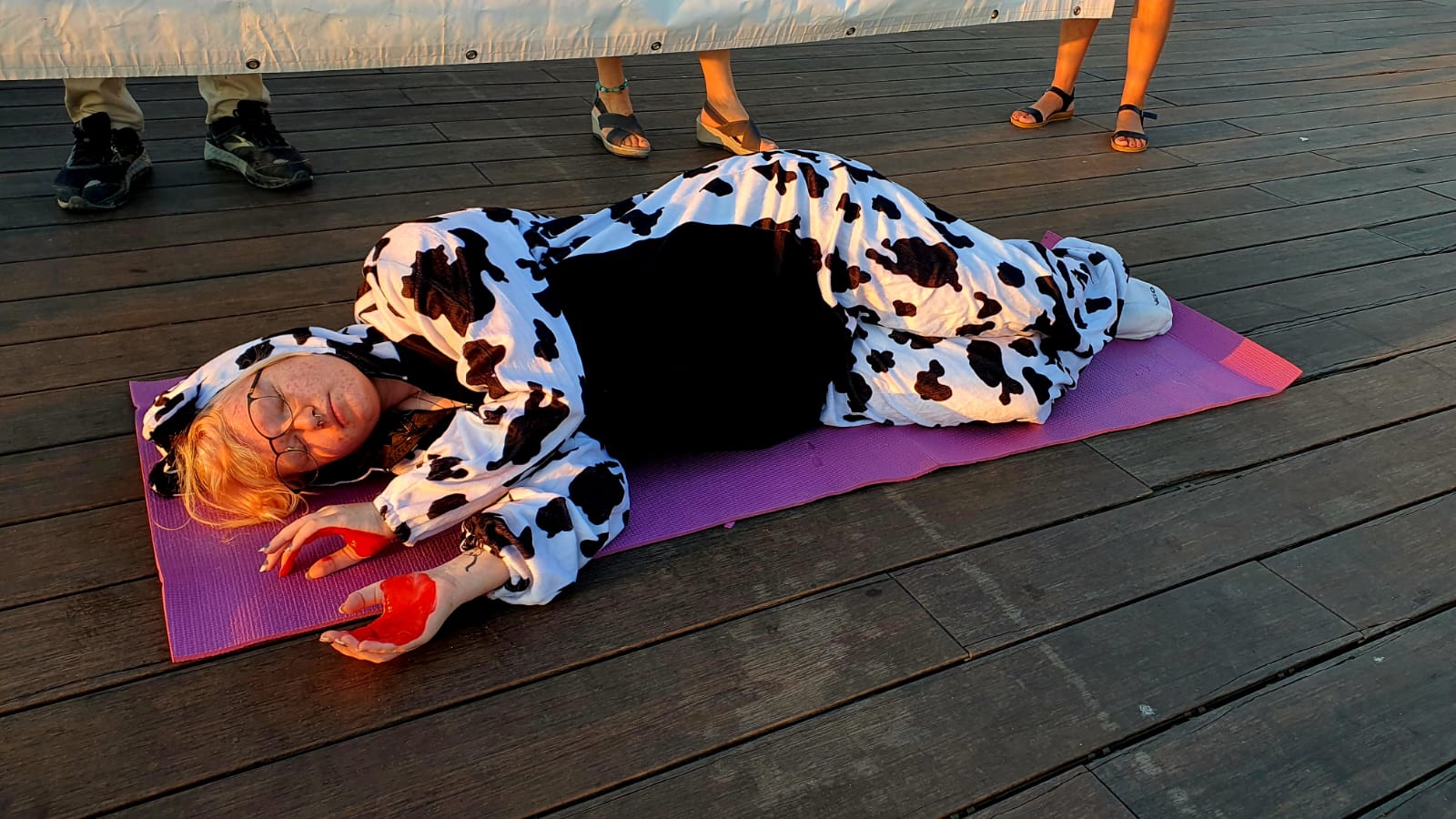 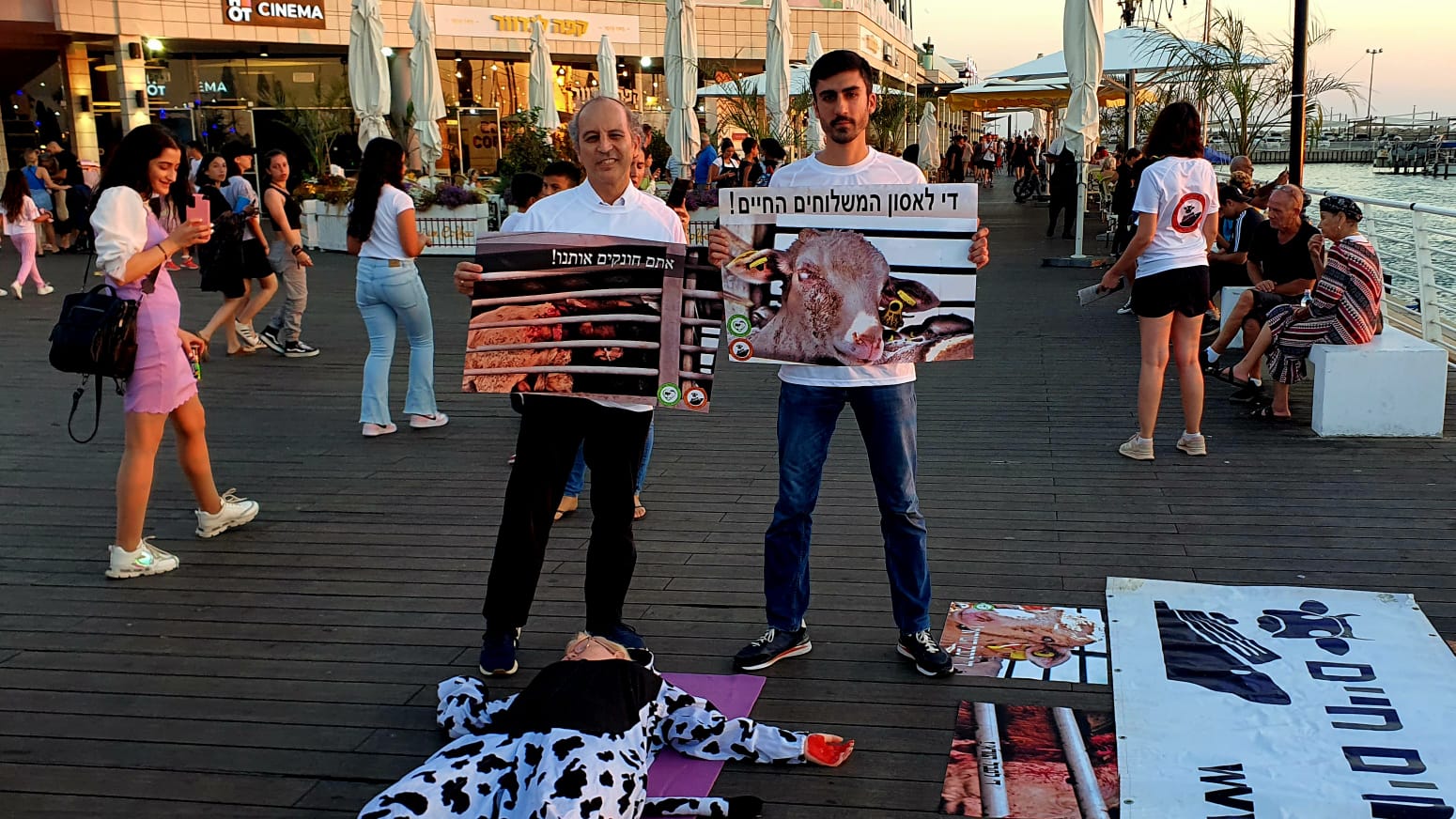 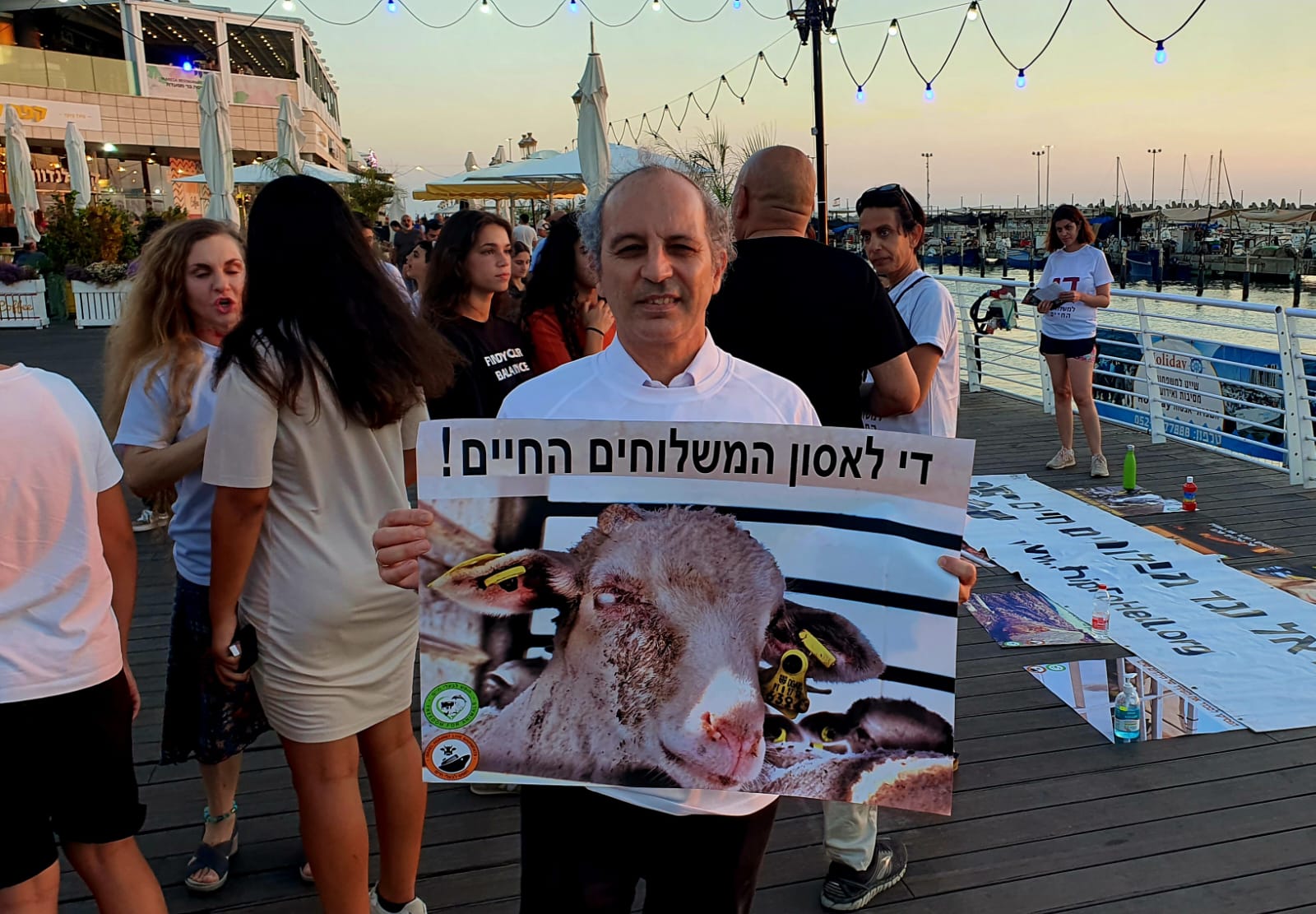 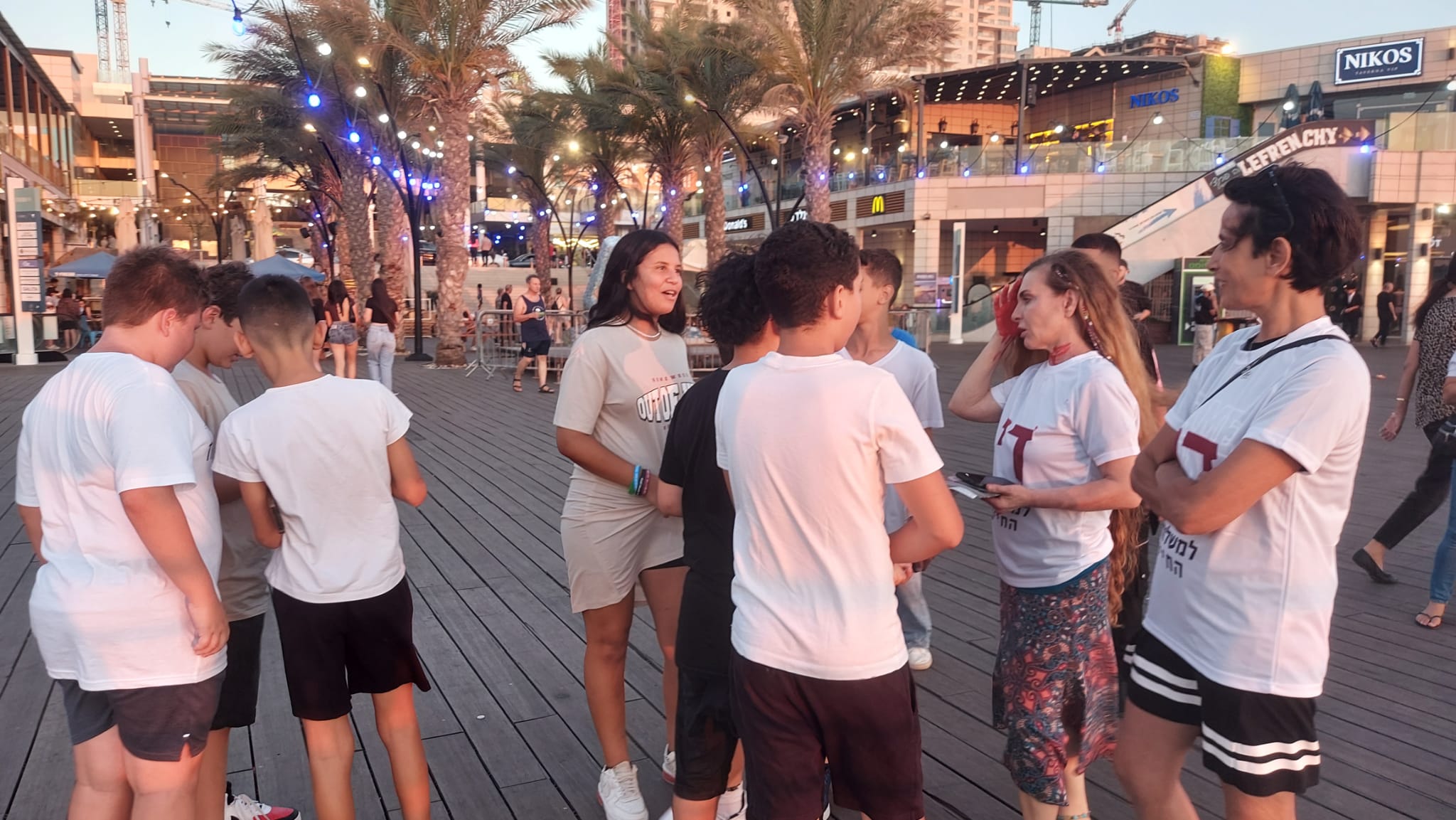 Graduated from the Institute of Civilizations and Oriental Languages ​​in Paris (INALCO) and certified from the Catholic Institute in Paris (ICP) teaches the Bible (TaNa’Kh), its language, its ethics and its history. Installed since his Aliyah in 1989 in Ashkelon, he is actively participating in the resurgence of Erets Israel. Vegetarian of moral conviction, Haïm dreams of a new era in which the great spiritualities could meet to establish a better world. Convinced that the return of the people of Israel to Eretz-Israel heralds the restoration of the ideal of the brotherhood of Abraham, he calls for interreligious dialogue with respect for others