Every year, Israel loses the equivalent of an average city in terms of green space. In addition, there are increasingly frequent fires that are growing in intensity and scale, and two-thirds of the country is exposed to light pollution that damages ecosystems and biodiversity.

On the other hand, the land and sea nature reserves are being expanded, and vegetation coverage is increasing in the more rainy northern part of the country thanks to the country’s conservation efforts.

These and many other findings appear in the annual report, which was published Thursday by HaMaarag (“The Web” in Hebrew), a national nature assessment program.

HaMaarag is the result of a collaboration between the Steinhardt Nature Museum in Tel Aviv, the Ministry of Environmental Protection, the Jewish National Fund KKL-JNF and the Israel Nature and Parks Authority.

Between 2017 and 2020, an average of 30 square kilometers of natural, forest and agricultural land disappeared each year to make room for urbanization, according to the report.

This represents the cities corresponding to Zichron Yaakov or Caesarea.

A mountain gazelle looks at the highway in Israel. (Credit: Amir Balaban, Society for the Protection of Nature in Israel)

Widespread urbanization has led to an increasing fragmentation of natural areas, and wildlife is finding it increasingly difficult to move around these populated areas.

It also means that in 83% of the country, and more specifically north of Beer Sheva, all inhabitants now live within a kilometer of a road (the southern desert of Beer Sheva, as well as the Golan Heights, in the extreme north, are relatively thin populated).

In the upper part of Israel, where the climate is Mediterranean, about 500 square kilometers – or 15% of natural or planted forests – experienced at least one fire between 2015 and 2021, and this is also the case for about a quarter of the areas where shrubs and brushes grow. Most of the areas affected by the fires are in military training areas – or in their immediate vicinity – and this is especially true in the Golan Heights, in Lachish, southwest of Jerusalem, and in the hills of Samaria in the West Bank.

In the absence of thunderstorms and their accompanying lightning during the summer, fires are always driven by humans, whether the fire was started negligently or intentionally.

The report attributes the growing number of fires to growing population density – which increases the risk of neglect – climate change and thicker vegetation cover as a result of conservation efforts. 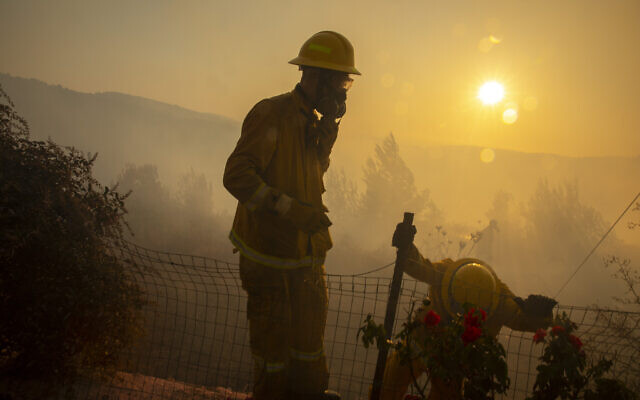 Last summer, the hills of Jerusalem had experienced major fires.

The wider urban areas reflect the growing population, and with that, the sources of light pollution have multiplied, the report noted.

Artificial light at night not only prevents you from seeing the stars. It has an impact on all wildlife, on e.g. insect movements, but also on the reproduction and hunting of the animals – it also damages the ability to orientate turtles that reach the sea, or in birds that have difficulty finding their bearings during their flight and can not always avoid crashing into buildings. 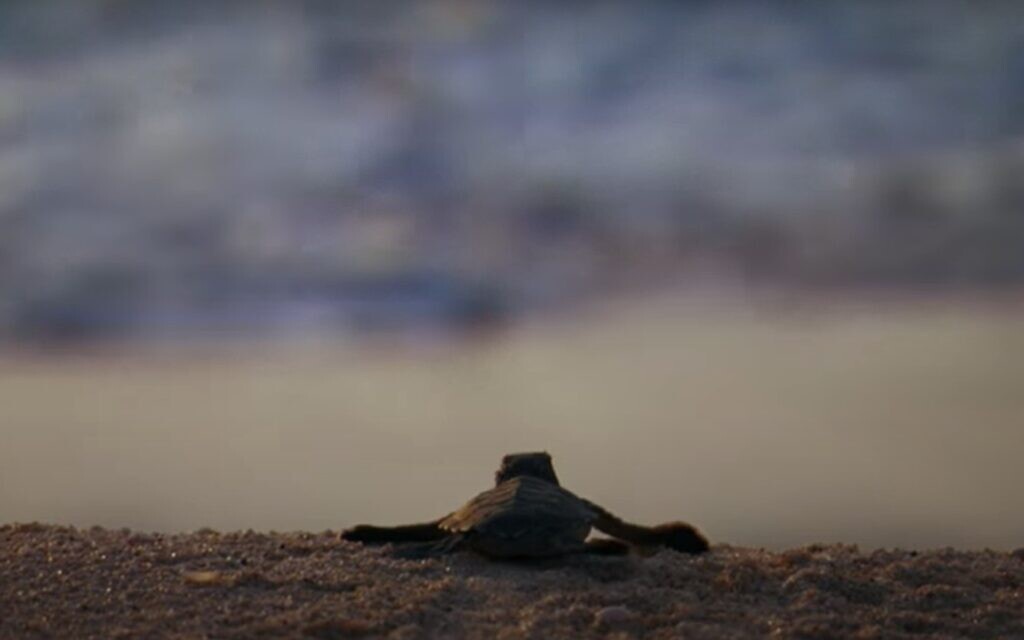 The report, which for the first time sets a threshold for light pollution to be harmful to nature, states that artificial light has increased by 30% in the last decade.

North of Beer Sheva, 67% of the earth now suffers from such pollution, to the point that, according to HaMaarag, this nature – ecosystems and biodiversity – suffers from the harmful consequences.

In Eilat, a tourist town in the south of the country, coastal light pollution threatens the future of the world-famous coral reef, the report states.

These lights even penetrate 30% of the forests planted by KKL-JNF and 16% of the nature reserves north of Beersheba. 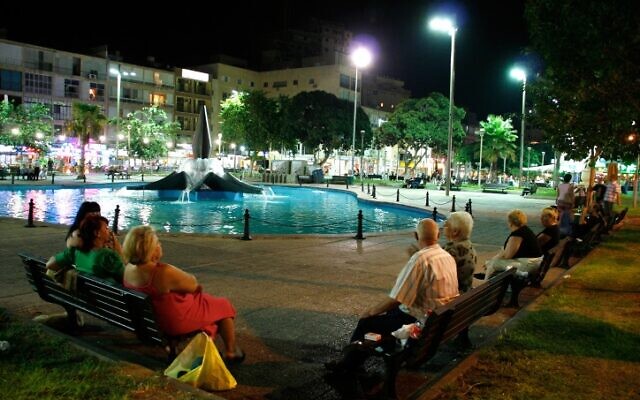 Residents of Netanya, in the center of the country, on benches around the city’s main square after dark, September 26, 2008. (Lara Savage / Flash 90)

Along the densely populated Mediterranean coast, about 78% of the earth is exposed to high light pollution – a situation, according to the report, which has been exacerbated by the creation of two gas extraction platforms. offshorethe last few years.

The report examines the expected effects of climate change on biodiversity for the first time, and says that this disturbance is particularly felt in the oceans, where dozens of mollusc species have disappeared over decades, probably due to global warming. seawater.

Israel is heating up faster than the global average, and the Jewish state is also expected to become drier.

Due to the warming, migratory birds migrate earlier and stop for a shorter time in the country to rest and eat, the report notes.

He also warns that human actions can hide the effects of climate change.

An example of this is the increase in vegetation cover in Israel’s Mediterranean sector, despite global warming, because grazing and deforestation have been reduced as part of conservation measures.

The good news is that the nature reserves protected by reserves have increased by 9.6% between the years 1017 and 2021 – they now represent 26% of the country. It is an area of ​​about 4% of Israel’s sovereign maritime zone, which is also protected today.

Worldwide, more than 15% of the land surface and 7.4% of the world’s oceans are protected, according to the International Union for Conservation of Nature.