In Gaspé, we have been preparing for several months for the return to normalcy of the Festival Musique du Bout du Monde, which will be held from 11 to 14 August after a year of fallow, and another with pandemic adaptation. On the phone, general manager Steve Pontbriand welcomes the idea that his festival can unfold in all its splendor as before the pandemic, while adapting certain concepts developed last year.

“Since I joined the management, we have made the alliance between the majesty of the territory and the music, even the art in all its forms,” ​​GD explains.

FMBM is recognized for its mixes between artists and broadcast platforms. “It is important the choices we make: We focus on the festival goer’s experience, not only what he should hear, but what he should experience, the decor, all that. »

A good example would be the TELUS stage at the top of Mont-Béchervaise, accessible by a mechanical chair.

Before the pandemic, the festival was already engaged in reflecting on imagining a new place. “The pandemic has forced us to think of places further from the city center to avoid crowds. The top of a mountain is perfect.”

“We are repeating the experience this year because it allows us to program an introspective type of music,” he explains, giving the example of the neoclassical project Flore Laurentienne, which performs there this year.

Last year, it was Simon Léoza who played there, another excellent neo-classical artist who for his part works mostly on the piano. A very charming experience thanks to the beauty of the landscape from the top of Mont-Béchervaise: an unobstructed view of the Parc Forion and the Gulf of Gaspé, a vantage point rarely seen. “You see the clouds coming from far away, the temperature changes in front of you …” This kind of context makes it possible to hold “listening shows”, to use Pontbrand’s words. We are far from the show in a bar with people talking in the crowd … 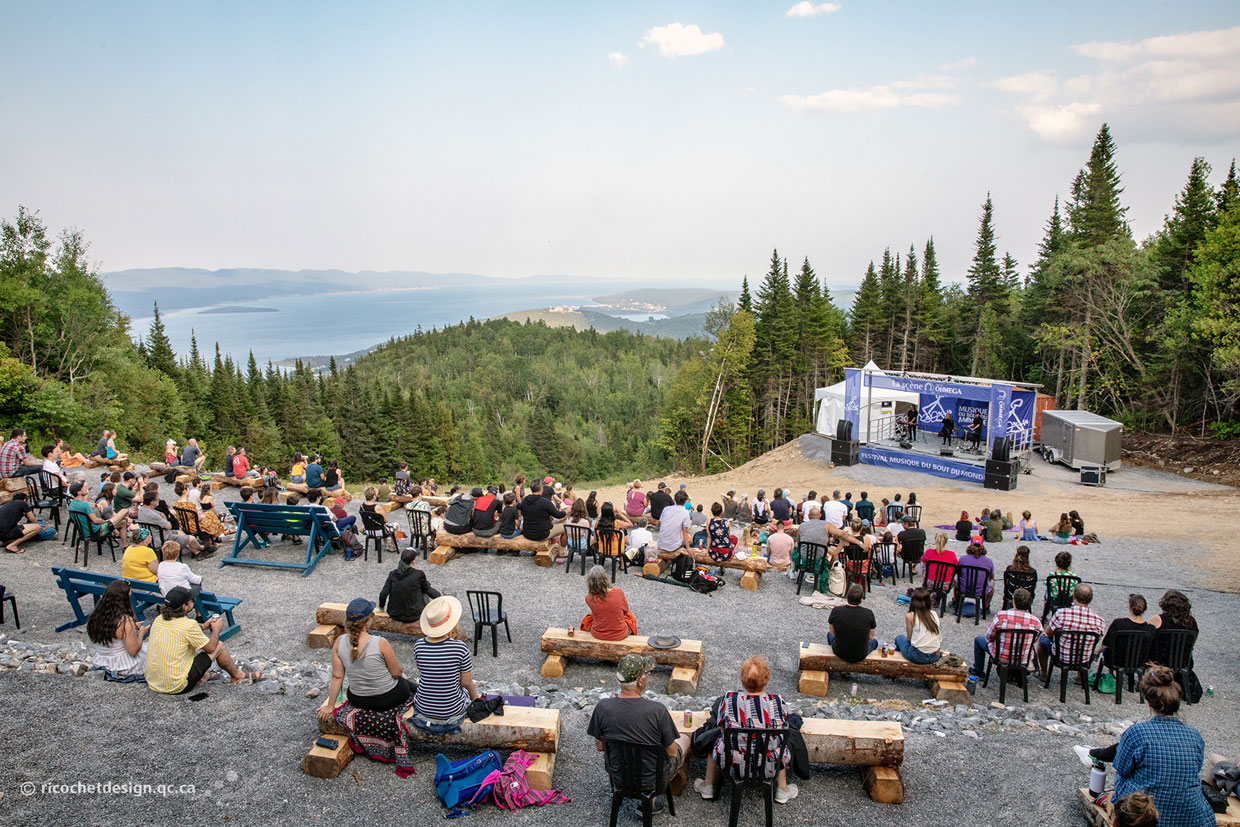 This interconnection of territory and music has in a way become the trademark of the Festival Musique du Bout du Monde.

The flagship event that has served as a breeding ground for this kind of experience is the traditional sunrise concert, which is held every year. Between 04:00 and 05:00, as the sun begins to shine over Cap-Bon-Ami’s magnificent natural surroundings in Forillon National Park, the public gathers and an artist gives an intimate show, with the most natural.

This year, Vieux Farka Touré will accompany the sunrise with its music on 14 August. Heir to the legendary Ali Farka Touré, the 41-year-old Malian artist is a perfect choice in this context, although he is not necessarily a star known by everyone.

“People are waiting for that moment and trusting us,” explains Steve Pontbriand, who is visibly proud of this programming. They buy the experience and come out with yet another album that they will listen to often. It contributes to the emotional anchoring to discover in this context. » 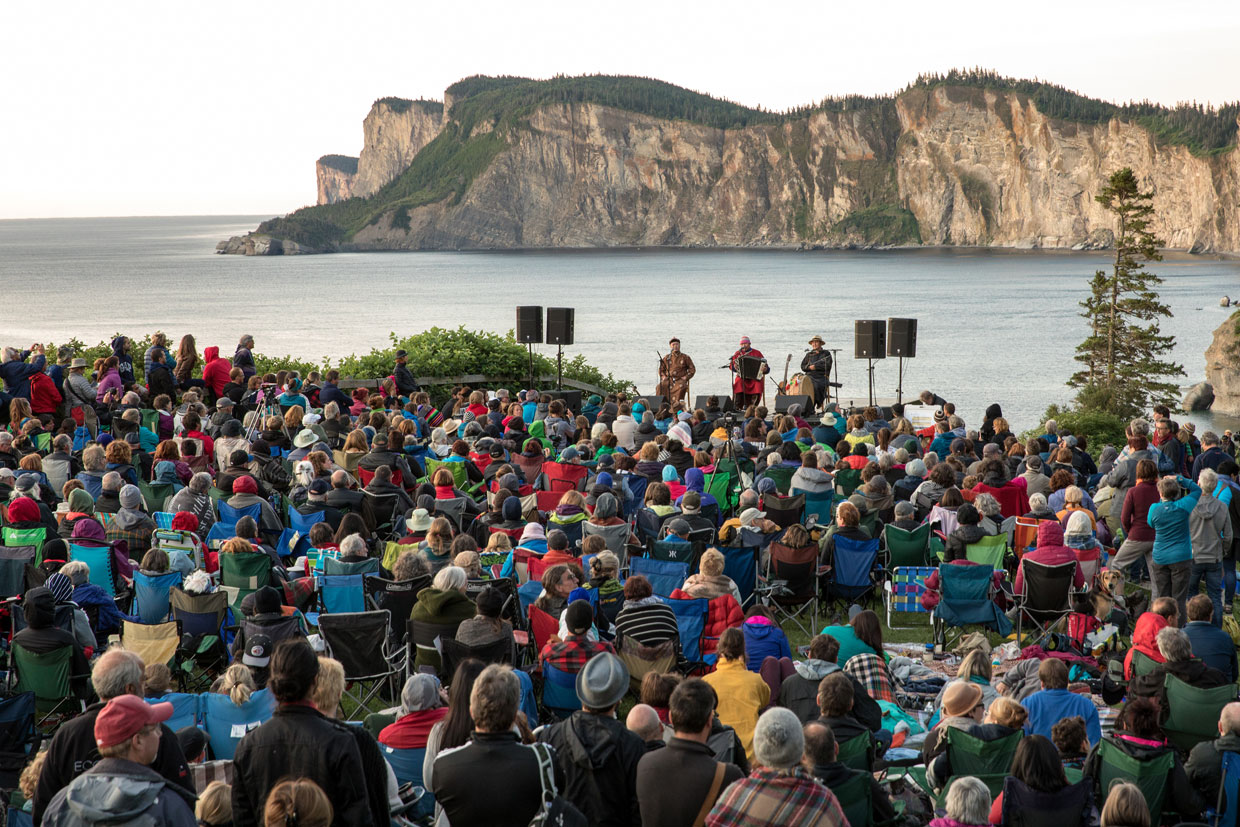 That’s what happened to the Alash Ensemble, in 2018, and the general manager is convinced that is what will happen to the Vieux Farka Touré. “I discovered him at the very beginning of his more mainstream artistic existence, and evoked the era of his homogenous album released in 2007. He has just been released Red, June 10, and it’s very organic as an album. It must be clean. The staging is the natural setting. The new album is just in that spirit. »

If several festivals can be proud of keeping festival goers awake until late at night, FBMB may be the only one to boast … of getting up so early! “Some people just don’t go to bed,” Steve Pontbriand explains. We planned the Zoon at the Cultural Center Le Griffon, 12 minutes away, at. 23:59. It will continue until late. Some will definitely attend this concert, so go to Cap-Bon-Ami and attend the show with Vieux Farka Touré! »

Support from the region and its people

Festival Musique du Bout du Monde is not only dependent on the richness of its natural surroundings, but also on another enduring resource: the involvement of the people!

About 65% of the festival guests come from the region, including a good deal within a radius of 40 km around greater Gaspé. Year after year, it is estimated that about 250 volunteers come to give their time. “It’s the core of this event’s existence that is deployed in several places. It really is a community.”

Among the shows to be noted, the dg emphasizes Ghetto Kumbé, who performs Saturday night under the big tent, as well as Lido Pimienta in the first part. “It will be an experience in itself. We’ll be a little more festive! It goes well starter a festive evening! »

The program also includes P’tit Belliveau, The Franklin Electric, Les Louanges, ODREII, Laura Niquay, LaF, as well as Les Deuxluxes at Bar La Voûte. The latter is part of a series of shows given a dozen places: small cafes, restaurants, town halls that will host shows. “La Voûte bar is a very small place in the basement with a lot of associated memories of Gaspésiens. Another perfect mix! »

The excitement will also resume on Laval Street, which has not been animated for 3 years. Street art, installations and street furniture will bring this important axis back to life. “It is an opportunity to see the world we have not seen for so long. It is a meeting place to share experiences. »

Details and tickets at musiqueduboutdumonde.com