Before it is a film, “The Visitor from the Future” is a web series created in 2009 by François Descraques and accumulated more than 52 million views on the Internet… Photo DR

52 million views on the Internet, a cartoon, a manga, a novel… And now a feature film, where many of the scenes are shot in the Mosel, especially at the U4 in Uckange and in Meurthe-et-Moselle. “The Visitor from the Future”, a work of science fiction directed by François Descraques, will be released this summer on the big screen. The story of a phenomenon.

This is the story of a group of young people who in 2009 landed on Dailymotion with a fun and effective concept, The Visitor from the Future. A humorous, low-budget science fiction web series directed by François Descraques, then in his twenties. The success is dazzling. The episodes are quickly uploaded to YouTube at a time when the platform is still free of any ultra-competitive algorithm. YouTubers of the time enjoyed unlimited creative freedom. Also, the term “youtubers” doesn’t exist yet, “influencers” start their careers with poor quality cameras, and no one claims to be a “content creator”. A golden age? Maybe. At least there is something to be nostalgic about.

Among the pioneers, François Descraques, a young audiovisual graduate and creator of the Frenchnerd collective and production house. After a few short films, he took on his younger brother Raphaël Descraques and his childhood friend Florent Dorin to direct a handful of episodes of Le Visiteur du futur. The first parts only last two or three minutes, but are so successful that the series continues. Slimane-Baptiste Berhoun, Justine Le Pottier and Mathieu Poggi join the cast. Actors, screenwriters, performers, directors have all now made a name for themselves in the French audiovisual world. Everyone had their first heyday online. No doubt because the pitch of the web series is simple enough to be effective. From the first episodes, Raph (played by Raphaël Descraques), a young man with no stories, comes face to face with a strange, exalted character while strolling with his friends. The stranger, bloody and ragged, warns him against his most harmless actions and their disastrous consequences in the future. The Visitor (Florent Dorin), whose real first name remains a mystery for much of the series, perpetuates numerous intrusions into Raph’s life. The plot thickens with the arrival of Doctor Henry Castafolte (Slimane-Baptiste Berhoun), a robot who does not know himself and the visitor’s friend. Two characters as hostile as they are endearing, Judith (Justine Le Pottier) and Matteo (Mathieu Poggi), enter the scene claiming to be agents of the Temporal Brigade, a time police. Their goal: to stop this strange fanatic from changing the past.

Thirteen years have passed since then. After four seasons and a total of 52 million views on the Internet, the members of the team have followed their careers, diversified their activities and embarked on projects, each more interesting than the next. A cartoon, three manga and a novel have enriched the universe of the original series. Works well received by an audience that is always looking for new content. The film was missing. A first feature film in cinemas for François Descraques. The story has barely changed and is intended to be independent of the web series. The trailer reveals delicious special effects and absolutely crazy action scenes. Unsurprisingly, the apocalypse threatens Earth and the future of humanity rests on the Visitor (still played by the extraordinary Florent Dorin), an eccentric man capable of time travel. The Temporal Brigade also makes a comeback and continues its hunt. In short, the DNA of the original episodes seems to be respected. 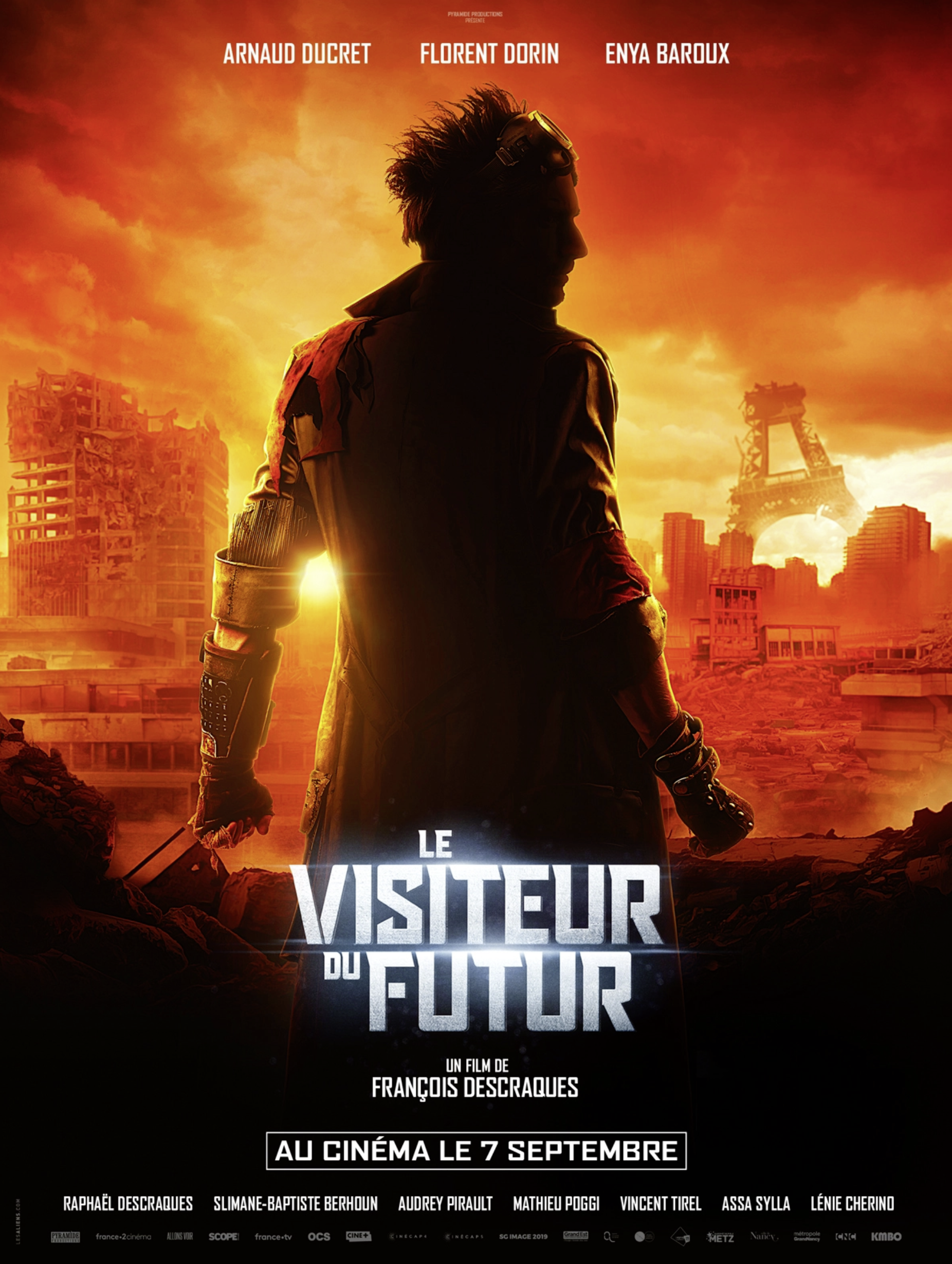 However, new faces have come to the adventure. Among them, Arnaud Ducret, Audrey Pirault or even Enya Baroux have been added to the distribution. For the needs of the film, in the spring of 2021 the actors and the technical teams put their suitcases in the industrial wastelands of Moselle and Meurthe-et-Moselle, including the U4 blast furnace, in Uckange, a real favorite for the production. A perfect setting to dive into François Descraques’ post-apocalyptic universe. The site will host one of the previews of the film, on Friday, September 2, five days before its official release, in the presence of the film crews. Before that, they will make a first Mosel stop in Metz, at the Klub cinema on Saturday 27 August. Something to end your summer in style while encouraging the new generations of French cinema.